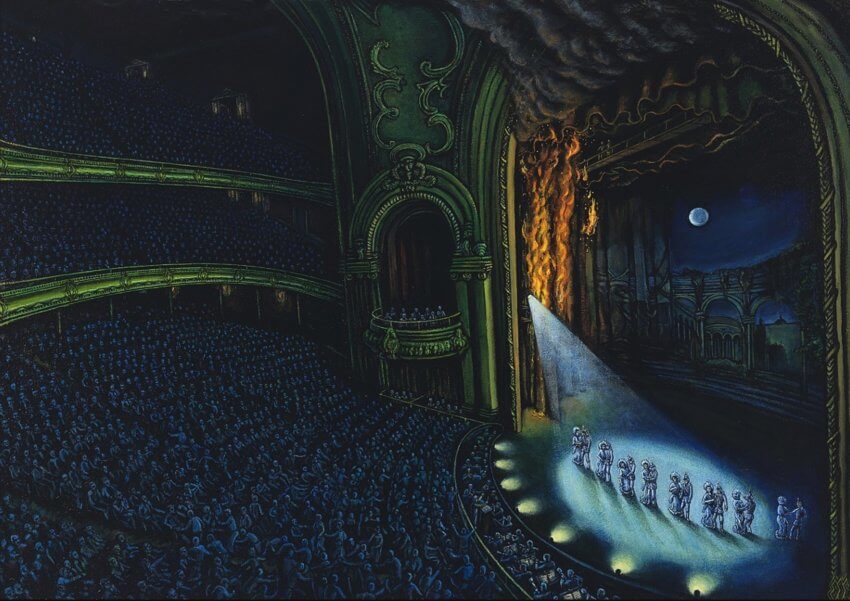 A few years ago I purchased this painting from my good friend, Eric Esper. I’ve been the proud owner of it and thought I’d post about it, since it was recently featured in a documentary. The painting is full of amazing detail and deserves to be seen in person to fully absorb it.

It was painted in 2013, oil on canvas 25″ X 35″. Link to Eric’s original post, here. The painting depicts the fire that occurred at the Iroquois Theater on December 30, 1903 during the matinee show of ” Mr. Bluebeard”, second act “Let Us Swear by the Pale Moonlight”, at approximately 3:15 p.m. The spot light on the left side of the stage sparked and caught the curtains on fire. The overcrowded theater, estimated at 2000 people, soon panicked and stampeded and a fire ball swept through the audience. All fire safety exits, apparatuses and procedures where nonfunctional. 603 deaths occurred as a result.