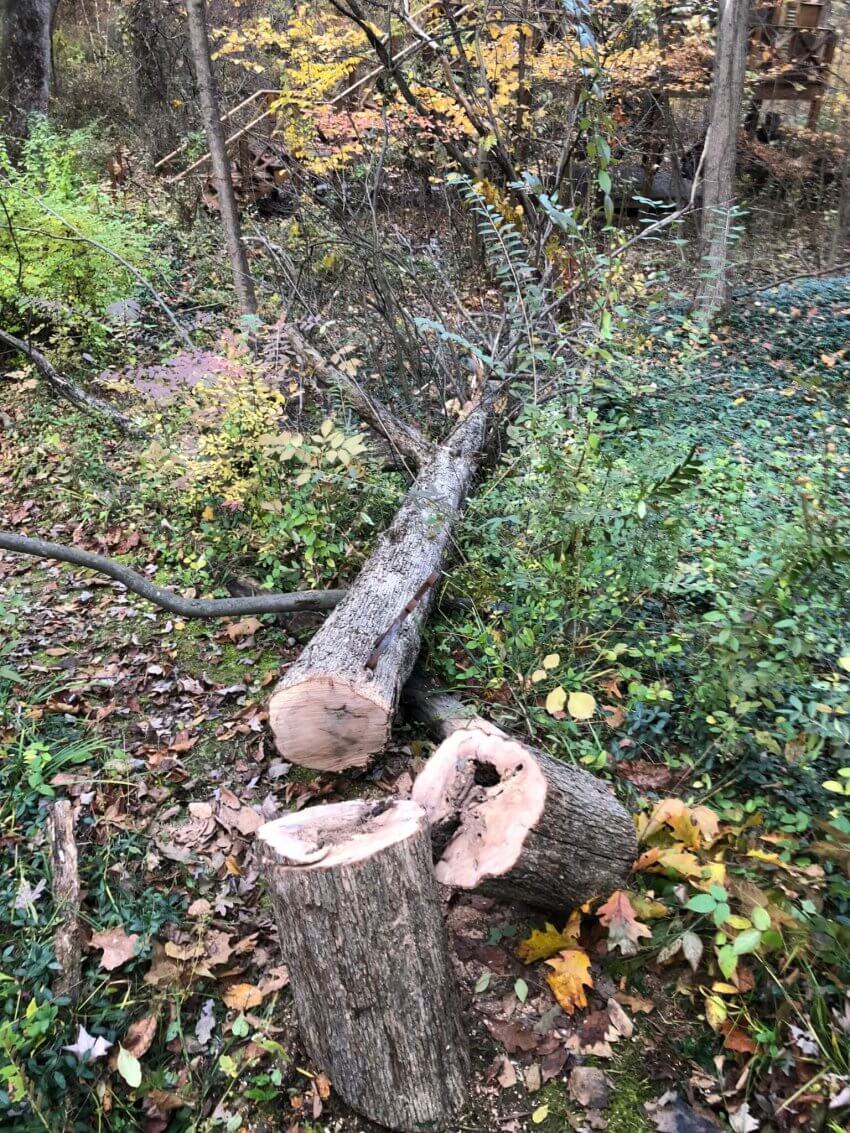 I’ve had the good fortune in the past year of cutting two trees down and making them land exactly where I wanted. This is a combination of watching many Youtube videos on the subject and other online research. I basically followed these instructions, below.

The trees were already dead and one was hollowed out from bugs. So I had to watch another video about how to deal with a tree that was hollowed out. It’s basically the same process, but I put extra force on the rachet straps that pulled it away from the house to be safe.

The first tree I cut was in danger of falling on our treehouse. It was leaning in that general direction so I made the move to buy an electric chainsaw and take care of it myself. My trusty assistant/fiance, Amy Olson, took videos of me in action. I first attached 2 rachet straps from the dead tree to other solid trees to help pull the tree in the direction away from the treehouse. This one is best watched with sound.

The next tree had to go, as it was dead and too close to the house. I didn’t realize how hollow it was until I started cutting. The saw went through it like butter. I had my friend Murph shoot this one, for moral support and to shoot it if the tree landed on the house. I did the same trick of stringing the tree up with rachet straps to pull it away from the house.

For the third tree, my neighbor Trent Schwalbe and Jay Senk and I got together to take this cracked tree down. A huge wind storm cracked it a few months ago and it looked too dangerous to leave up. The problem is once we ripped it over, it fell straight down and replanted itself deep into the ground. At least it didn’t fall toward the house or power lines.